I was born on the flat in a city defined by a mountain—Montreal, or Mount Royal, a singular hybrid of English- and French-Canadian languages and cultures. From an early age, I was drawn to reading in the closet, as well as cataloguing inch-high plastic animals like pink alligators, blue beavers and purple bison. These early pursuits would foreshadow my later interests.

My first published work appeared in a compilation of writing from elementary school students at Montreal’s Protestant School Board. It was a poem about poverty, influenced by my recent travels with my parents to Mexico and the street children we encountered there.

As the sole child of older middle class parents, I enjoyed the luxury of wide-ranging travel—to the Canary Islands, Mexico, Venezuela, Colombia and the Caribbean. I became an avid reader of British children’s books, developing a longing to visit the country where my father had been posted as a medical officer and where I might learn to make an apple-pie bed.

After graduating from McGill University in Montreal with a degree in English, I lost no time in applying for a Commonwealth Scholarship for postgraduate study in the United Kingdom. One of the most precious letters I’ve ever received—in an inauspicious thin blue airmail envelope—announced the news of my award. I was to study Middle English literature at the Centre for Medieval Studies in York, England.

Once in England, I thrived on hiking the rugged Yorkshire coast and moors; joining the student medieval drama group, the Lords of Misrule; and riding the fast train down to London for theatre and art exhibits. As soon as I’d completed my postgraduate degree, I sought employment in book publishing, in my spare time writing travel stories and profiles for magazines and newspapers.

With my new husband, Mark, a landscape historian I’d met in York, I relocated to Washington, D.C. There I continued my freelance journalism while volunteering for the Center for Marine Conservation (CMC). It was an exhilarating year. For Halloween, I dressed up as the Tree of Knowledge of Good and Evil. I hoped my modest efforts at CMC were helping in a small way to save endangered sea turtles.

Mark and I eventually set up house in Toronto. In this new city I found employment as the communications editor at Harbourfront Centre, a non-profit cultural organization, where I oversaw the writing of a large team of marketers and publicists. Several years later, Washington beckoned once again. I was lucky to be awarded a place in the Jenny McKean Moore workshop in Creative Non-Fiction at George Washington University, an opportunity that launched me into a new and ambitious genre of writing. The shift resulted in my book What Species of Creatures: Animal Relations from the New World (New Star Books, 2008).

I’ve since been based in Toronto, where for many years I’ve volunteered as a caretaker of feral cats. Their subtle nature—neither fully wild nor fully domesticated—makes getting to know them both a challenge and a privilege.

The diverse cultural influences in my background, combined with my extensive travel and engagement with other species, have informed my preoccupations as a writer: the displacement resulting from changes of environment or encounters with otherness, including the non-human. Most recently, the loss of essential family (both my parents) has prompted an interest in ancestral history and ancestral memory, as explored in my new book, The Smallest Objective. 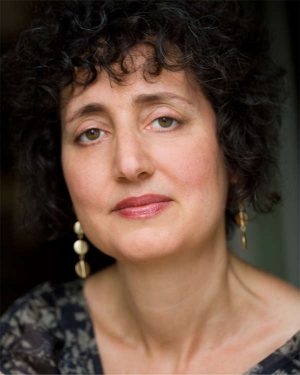